WATERBURY — The victim of Monday’s homicide was shot following a domestic disturbance with his girlfriend as well as a confrontation involving another man, police said on Tuesday.

At 3:51 p.m. Monday, Waterbury police responded to 20 John St. for a report of gunfire and that someone might’ve been shot. Patrol officers found the victim — whose identity has not yet been released by police — dead in the driveway.

“The victim appeared to have a gunshot wound to the head,” Lt. David Silverio said in a news release Monday. “A handgun was recovered at the scene.”

Police are asking for the public’s help to locate a man they say is responsible for Monday’s homicide, stressing that the man “should be considered armed and dangerous.”

Waterbury police say they have secured an arrest warrant for 35-year-old Ramon Ocasio, charging him with murder, criminal use of a weapon and illegal discharge of a firearm. 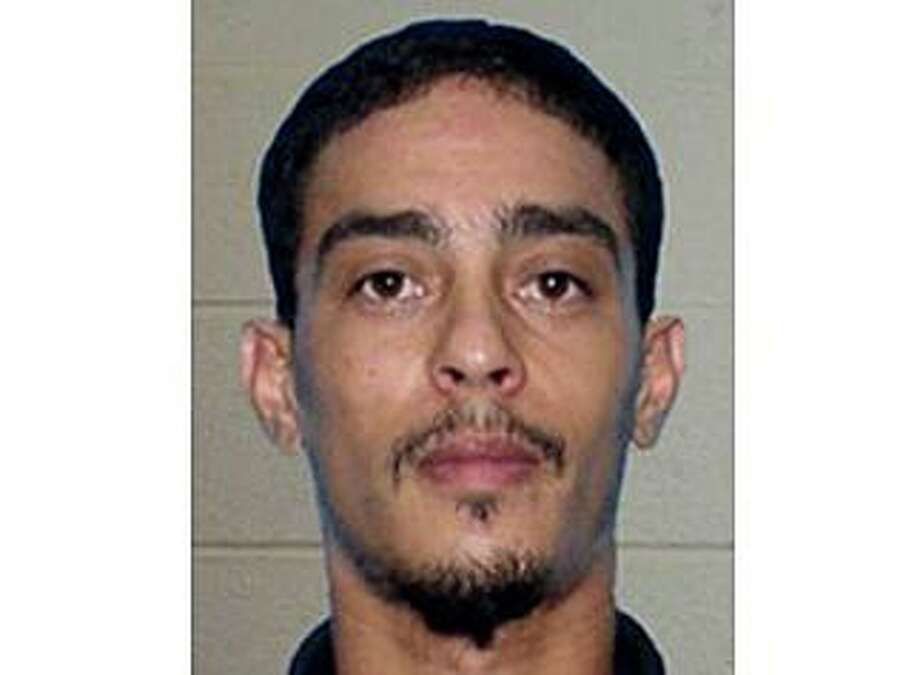 Additional details about what led up to the fatal shooting were also released Tuesday.

Silverio said the gunshot victim was involved “in a domestic disturbance with his girlfriend” in a second-floor apartment at 20 John St.

It was during that disturbance that police said Ocasio showed up at the apartment confronted the other man. Silverio said Ocasio is the brother of the homicide victim’s girlfriend. Ocasio “has been residing intermittently at this apartment,” Silverio said.

During the incident, the homicide victim left the apartment and went outside. Ocasio allegedly went onto the second-floor rear porch and argued with the man, who was standing in the driveway.

“At one point, Ocasio shot several gunshots at the victim, ran down the rear porch stairs and departed,” Silverio said.

He said Ocasio allegedly got into a red Ford F150 pickup with Florida registration Z64DXC. He was last seen headed east on Green Street.

The homicide victim had “suspected gunshot wounds to the head, right arm and back,” Silverio said.

Detectives and the Crime Scene Unit of the Forensic Division responded to investigate.

Detectives continue to investigate and are looking to find and apprehend Ocasio.

“Do not approach or make contact with Roman Ocasio,” Silverio said. “Ocasio should be considered armed and dangerous.”

Anyone with information on Ocasio’s whereabouts is asked to call Waterbury detectives at 203-574-6941 or 911.