By Daniel Tepfer and Tara O’Neill

BRIDGEPORT — One city police officer was fired Thursday and a sergeant was deducted 30 paid holidays earlier this week after they were found to have used excessive force by the city’s internal affairs office during and after a 2017 backyard party on Colorado Avenue.

In a 5-to-2 vote Thursday night, the Police Commission voted to terminate Officer Michael Stanitis, according to Dan Roach, chairman of the commission. He said he could not comment on the details of the decision.

Sgt. Paul Scillia was deducted 30 paid holidays. Earlier this week, Roach acknowledged that the holidays being deducted from Scillia will be taken from “a number” he has banked. 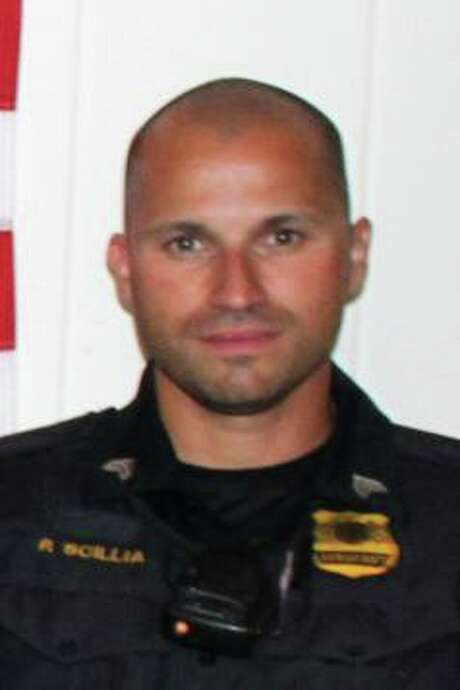 In terms of Stanitis, who joined the city’s police force in April 2011, the union said in a statement late Thursday night that the fight isn’t over.

“We believe Officer Stanitis was wrongfully terminated,” said a statement from Brad Seely, police union president of AFSCME Local 1159. “The union intends to file an immediate grievance to vindicate him. I also want to say that Officer Stanitis has admirably served the citizens of Bridgeport for three years since this incident on full duty. He deserves better than this.”

In response to request for comment on Stanitis’ firing, Rowena White, director of communications for Bridgeport, said Friday, “The termination speaks for itself. The city has no further comment.”

Stanitis’ termination came roughly three years after scores of police officers descended on a Colorado Avenue home after a noise complaint call escalated to a call for all available officers in the city to respond.

A lengthy Office of Internal Affairs report painted a chaotic scene and detailed instances of excessive force and various other police procedure violations after partygoers filed complaints about the actions of officers that night.

In the case of Stanitis, the internal affairs report said the officer used excessive force in handling a partygoer during an arrest.

“Officer Stanitis is seen on video taking what appears to be an object form his duty belt, then keeling near the head of (a partygoer) and strike him several times with what appeared to be downward strikes,” the report said. “Officer Stanitis was observed on video utilizing this behavior on two occasions during the arrest of (the partygoer).”

The report said Stanitis was also “less than credible in his testimony beginning with the initial investigation and statements,” adding that it was “compounded when compared with the evidence produced by the video.”

As for Scillia, his use of force was “excessive, unnecessary and unreasonable,” the OIA report states.

Video obtained by The Connecticut Post through a Freedom of Information request showed Scillia striking a man in a wheelchair in the face in the booking area of the Police Department following the man’s arrest.

The OIA report also states Scillia was among a number of officers kicking and punching a man, Carmelo Mendez, who was handcuffed on the ground at the Colorado Avenue yard.

Mendez, who sued the city over his treatment at the party that night, said the Scillia decision “shows the police commission didn’t take this seriously. Even though they had all the evidence, including videos, and interviewed me, I could tell they weren’t on my side.”

Stanitis and Scillia were just the most recent city officers to be recently disciplined for their part in the Colorado Avenue incident.

Officers Douglas Bepko, Natalie McLaughlin and Linet Castillo-Jimenez were recently found by the board to have violated the Police Department’s rules and regulations. Bepko and McLaughlin were ordered to undergo verbal counseling while Castillo-Jimenez received a verbal warning.

The more than 400-page report by the city’s Office of Internal Affairs of the Colorado Avenue incident found that Bepko, McLaughlin and Castillo-Jimenez had not been truthful in their accounts to OIA about what had occurred there.

The board dismissed charges against Officer Daniel Faroni who had been accused in the OIA report of using excessive force and Detective Kenneth Fortes, accused of being untruthful.

Civilian detention officers Jose Figueroa and Paul Humphrey, who were cited for their actions while working in booking that October 2017 night, were given warnings last month for issues that Roach previously described as “very minor.”

The internal affairs report said Figueroa used excessive force in poking a partygoer in the chest hard enough to press him back into a chair after Figueroa claimed the man made a rude comment about his wife. The report said Humphrey violated public contact when he repeated back a profanity that a partygoer said to him.

The commission continues to deliberate on the other officers involved.

A sixth federal civil rights lawsuit was recently filed against city police and so far, the incident at the party has already cost the city nearly $400,000 in settlements.

The process has taken nearly three years to get to this point, delayed in part by the coronavirus pandemic.

“It was a lengthy investigation to begin with,” Roach said.

After internal affairs ended their investigation, the police union filed a lawsuit in federal court in an effort to block the process. In its request for a temporary injunction, the union claimed the officers should be disciplined by the police chief rather than the police commission. But on Jan. 28, a federal judge rejected their suit.

Then, Roach said, COVID-19 hit and they had to wait until recently to meet in person again.

Correction: This article has been updated to reflect the AFSCME Local 1159 plans to file a grievance in response to Officer Michael Stanitis’ termination.