A school bus makes its way on Stephanie Drive in New Milford.

A school bus makes its way on Stephanie Drive in New Milford.

NEW MILFORD — Amid a search for the school system’s next long-term leader, New Milford’s school board chair is set to leave her position.

In a Board of Education meeting Tuesday, current chair Angela Chastain announced it would be her last one on the board, which she said was “bittersweet.”

“I have submitted my resignation to the board,” she said in the meeting. “And I think that, for me personally at this time, the best way I can serve the students and children of New Milford are through my food insecurity work. I want to thank everyone for their support these past nine years. And I want to thank my board colleagues for their continued commitment to the children of New Milford.”

Chastain works full-time as the executive director of Camella’s Cupboard, a nonprofit that provides food for those in need. Serving as board chair, which is a volunteer role, has “taken an immense amount of work” during the pandemic, she said, while the number of people the cupboard serves has climbed. 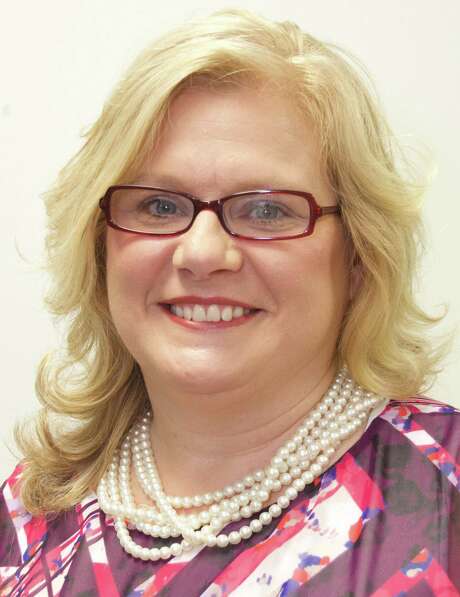 “Coupled with that is Camella’s Cupboard, which I had started three years ago, and we had served about 135 students, we are now serving about 500 students every Friday,” she said Thursday. “And so, it’s just too much for me to do both things, and so, making a choice, food insecurity is my passion and so that is where I have chosen to dedicate my time going forward.”

She said she plans to serve the rest of her term through Dec. 15. The board has a meeting each year in December in which they “re-evaluate officers,” she explained, which would have occurred regardless of whether she decided to leave. The new team would form after nominations and elections for the board’s different roles, she said.

The announcement comes at a time when the school district is looking for someone to take over the system’s top spot permanently, after the board announced interim Superintendent Paul Smotas would be leaving his role.

The former assistant superintendent, Alisha DiCorpo, is currently leading the district. For the ongoing search, Chastain said in the meeting that they are “collecting resumes from interested parties, and we will be reviewing those the week after Thanksgiving and moving forward with that process at that time.”

In terms of the time frame for the search beyond that, Chastain said “with COVID, it’s kind of all up in the air.”

“I think the board had wanted to get somebody in here permanently sooner rather than later, but I think we understand now with COVID making such a resurgence, that it’s gonna be probably a longer process that we had first anticipated,” she said. “For me personally, it’s important to get the people in the buildings and us meet them face-to-face, and unfortunately these first few rounds of interviews are gonna definitely be done virtually.”

“We’re working to fill that, but it has not been filled yet,” she said.

The board also approved several appointments and resignations in its meeting Tuesday, which included bringing on the district’s new human resources director, Catherine Gabianelli.

In October, New Milford High School Principal Greg Shugrue said he planned to serve as the district’s interim human resources director pending the retirement of director Ellamae Baldelli. Later in the month, he announced he would be continuing on as principal.

“Greg was going to be interim, and I think the district decided that we wanted to fill that position permanently,” she said. “And so that’s the reason for the change.”

Gabianelli has served as a High Watch Recovery Center HR manager, with other roles in the field prior to that, according to a news release from the superintendent’s office. She is planned to start “on or about” Dec. 9, the release said.

“It’ll be great to have somebody from New Milford that knows New Milford and is also a highly respected HR professional to move the district forward, and really kind of help us modernize some of our HR practices,” Chastain said.